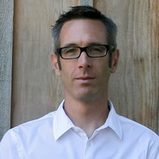 Greig de Peuter's areas of research interest include the political economy of communication; autonomist Marxism; labour, employment, and workers’ organizations in the creative industries; the political economy of video games; and alternative economies. He is collaborating with Enda Brophy and Nicole Cohen on a SSHRC-funded research project--Flexible Workforces Respond to the Creative Economy: The Recomposition of Labour Politics in an Age of Precarity (2011-2014). He was a recipient of doctoral and post-doctoral SSHRC fellowships, and he has been a visiting scholar at New York University. Alongside his academic work, he has been involved in alternative education and curatorial projects, including Toronto School of Creativity & Inquiry (2005-2010) and, currently,Letters & Handshakes. He received his PhD from the School of Communication at Simon Fraser University.

Nicole S. Cohen is an assistant professor at the Institute of Communication, Culture, Information, and Technology at the University of Toronto Mississauga, with a graduate appointment in U of T’s Faculty of Information. She researches in the area of political economy of communication, particularly work and labour in the media and cultural industries, media and cultural worker organizing, and journalism. Her book, Writers’ Rights: Freelance Journalism in a Digital Age, will be published by McGill-Queen’s University Press in Fall 2016. Nicole collaborates with Greig de Peuter and Enda Brophy on the SSHRC-funded project Cultural Workers Organize. Together, they edited a special issue of tripleC: Communication, Capitalism, Critique: Interrogating Internships: Unpaid Work, Creative Labour and Higher Education (2015). 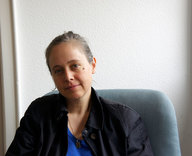 Lise Soskolne is a Canadian-born visual artist living and working in New York. As a means of remaining legally employed, supporting an art practice that remains disconnected from the commercial art market, and maintaining a viable and more explicit critical position, she inadvertently developed a parallel working life in administrative activism by working for nonprofit arts organizations, beginning in the late 1990s. Lise is currently Core Organizer of Working Artists and the Greater Economy (W.A.G.E.), a group of artists, art workers, performers and independent curators fighting to get paid for making the world more interesting.
more...

​(CARFAC Ontario)
Sally Lee is Executive Director of CARFAC Ontario. She has worked with grassroots community-based artist-run centres such as LIFT, Images, and Reel Asian, as well as larger organizations such as TIFF and Soulpepper. She currently sits on the board of the CFMDC, the Advisory of Reel Asian, and the Advocacy Committee of the TAC. She is a 2016 Fellow at the TAC Cultural Leaders Lab.

Joshua Schwebel is a conceptual artist working through site and situation-responsive interventions. His work provokes confrontations between the representation and recognition of art, by circulating work outside of artistic contexts, or by disrupting the bureaucratic contexts in which art is administered.

Min Sook Lee is an award winning filmmaker. She is the co-creator of the hit comedy series ‘SHE’S THE MAYOR’ which premiered on Vision TV in 2011. She has produced and directed numerous critically acclaimed documentaries, including: The Real MASH – the true story of the people that inspired the fiction TV series, MY TOXIC BABY – one mother’s journey into the world of toxins in baby products, TIGER SPIRIT – a reunification story shot in North and South Korea (Donald Brittain Gemini Award for Best Social/Political Documentary), HOGTOWN (Best Feature-length Canadian Documentary award at Hot Docs Festival); BADGE OF PRIDE – the story of gay cops in Toronto - and EL CONTRATO – a look at the lives of migrant farm workers in Canada (nominated for the Donald Brittain Gemini ).

​(interdisciplinary artist, cultural organizer, and political activist based in Oakland, California. She is the Executive Director of CultureStrike, a national arts organization that engages artists, writers and performers in migrant rights)

Favianna Rodriguez is a transnational interdisciplinary artist and cultural organizer. Her art and collaborative projects deal with migration, global politics, economic injustice, patriarchy, and interdependence.  Rodriguez lectures globally on the power of art, cultural organizing and technology to inspire social change, and leads art workshops at schools around the country. Favianna’s mission is to create profound and lasting social change in the world. Through her bold and provocative art, she has already touched the hearts and minds of millions.   In addition to her fine arts and community work, Rodriguez partners with social movement groups around the world to create art that’s visionary, inspirational, radical and, most importantly, transformational.  When Favianna is not making art, she is directing CultureStrike, a national arts organization that engages artists, writers and performers in migrant rights. In 2009, she co-foundedPresente.org, a national online organizing network dedicated to the political empowerment of Latino communities.

Tings Chak is a multidisciplinary artist and trained in architecture whose work draws inspiration from anti-colonial, anti-racist, prison abolition, and spatial justice struggles. She is a migrant justice organizer and believes in the freedom to move, return, and stay for peoples here and everywhere.  Her graphic novel, Undocumented: The Architecture of Migrant Detention (The Architecture Observer, 2014), explores the role and ethics of architectural design and representation in mass incarceration.

She is also recipient of the Power Corporation of Canada Award at the Canadian Centre of Architecture (2013), and the Kuwabara-Jackman Architecture Thesis Gold Medal (2014).

(Artist and Co-facilitator of Butterfly Voices, an ongoing arts-based project with migrants working in massage parlours and the sex industry)
​
Alvis Choi a.k.a. Alvis Parsley is a Toronto-based artist, performer, facilitator and researcher born and raised in Hong Kong. Alvis has presented at SummerWorks Festival, Mayworks Festival, Rhubarb Festival, Hemispheric Institute of Performance and Politics – Encuentro, Performance Studies international (PSi) – Fluid States North, National Queer Arts Festival (Bay Area), Gladstone Hotel, Whippersnapper Gallery and the Art Gallery of Ontario. Alvis is named in the 2014 list of BLOUIN ARTINFO Canada’s 30 Under 30. In 2015, Alvis was appointed as the Chairperson of the Chinese Canadian National Council Toronto Chapter. Alvis is pursuing their Master's degree in the Faculty of Environmental Studies at York University.

Sharing and documenting the lives of caregivers in a positive way, how they resist the exploitative structure of the Live-in Caregiver Program, and also how they create community while all of these struggles are going on.